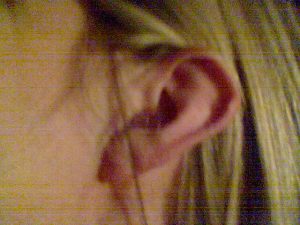 We are constantly detecting sounds. Even when you assume that it is completely silent, in most cases there will be some form of background noise that may not be detected by your human ear. Sounds are in fact pressure variations and travel in the form of sound waves that flow through mediums such as solids, fluids, or air.

The way in which an ear hears involves first detecting and then amplifying vibrations, followed by converting the vibrations into electrical signals which are then interpreted in your auditory cortex. The measurement for sound is decibels, and our abilities to hear forms a part of the five senses, which is important for functioning. Your ability to hear is what helps to keep you safe and even brings you pleasure and joy, but when overloaded which comes from sensory input from noise pollution, your senses can experience overload which leads to ill health and stress. This is why it is very important to take the necessary measures to control the noises in the homes or buildings that we work or live in.

What Is Structure Borne Sound?

“Structure Borne” is described as a transmission medium. Opposite to the vibrations which flow through the air, a structure-borne sound travels through any solid materials like steel, concrete, and wood, and in the most basic terms, it is applied to the noises that are generated inside a building. Examples of these sounds include the heavy footsteps that come from a neighbour upstairs, or the sound of a door that slams. The heavy footsteps are what caused vibrations within the floor structure, which then direct both downward and upward through the ceiling.

When structure-borne sound is generated and transmitted it is divided up into five distinct processes:

The Importance of Structure Borne Sound

In light of the fact that complaints about noise are the main cause of neighbour disputes according to a noise survey in London, along with the damaging impact that unwanted noise often has on our daily well-being, it becomes important to take the risks involved in structure-borne sound into consideration when renovating or designing buildings. The Government’s Building Regulations Approved Document E “Resistance to the passage of sound” has set out the minimum standards when it comes to impact-sound insulation which covers between and within buildings. These standards include not only offices and homes, but also schools. The stringent criteria are focused on mitigating noise production inside structures.

How to Measure Structure Borne Sound

The impact-sound transmission will be measured in “situ” which involves a type of tapping machine that comes with steel-faced hammers, that are used to strike test surfaces. The sounds are then recorded and the decibel measurement is used, in an adjacent space. Yet this test does not take into account the several different noises that can be produced, which is why a series of measures are used in order to lower structure-borne sound.